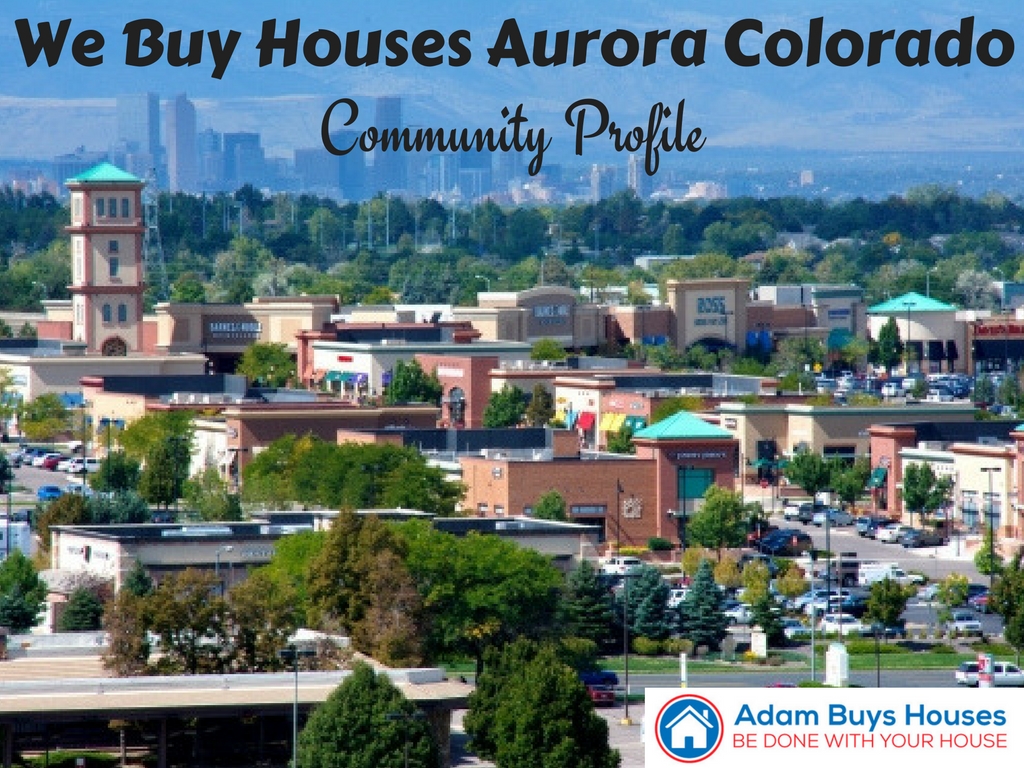 Aurora Colorado -Which spans into Arapahoe and Adams counties, with the extreme southeastern portion of the city extending into Douglas County. It is one of the principal cities in the Metro Denver area. The city’s population was 325,078 in the 2010 census, which made it the third most populous city in the state of Colorado and the 54th most populous city in the United States.

The Denver-Lakewood-Aurora Colorado Metro area. had an estimated population of 2,645,209 on July 1, 2012. However, Denver and Aurora combined make up less than half of the Denver Metro Area’s population and Aurora has approximately half the population of Denver. According the Motovoto.com, “Earlier this year, NerdWallet.com ranked the city America’s “Best Large City for Women in the Workforce” for its low cost of living, income equality and abundance of high tech jobs.” in there 47 Things You Probably Didn’t Know About Aurora Colorado article.

The city also has a number of neighborhoods not reflected in the administrative boundaries. These neighborhoods may reflect the way people in an area identify themselves or they might reflect how others, such as real estate developers, have defined those areas. Well known non-administrative neighborhoods include the historic and trendy Central Park West, Bluff Lake Neighborhood, Saddle Rock, Cherry Creek East and Park Villas. These are great for families. The neighborhoods more ideal for professionals looking to just build their careers are Pheasant Run, Prides Crossing, Meadowood, Seven Hills, Conservatory, Sterling Hills and Side Creek.

According to the Aurora Economic Development Council, The Gaylord Rockies Resort and Convention Center “will create thousands of construction jobs and permanent jobs. Independent economists project Gaylord will attract more than 450,000 new visitors to our area and contribute more than $273 million new dollars to Colorado’s economy each year. The project is structured to ensure the developers are accountable and deliver on their promises before receiving any tax incentives.” This is great news especially with all of the new residents coming into Colorado.

The City of Aurora Colorado has always worked very hard for new development, growth and jobs. Speaking of jobs, if you want to know who are the best private employers to work for then click this link here to see the largest employers in Aurora.

And here is a Trulia Aurora Metro Market Overview

Not to mention according to Zillow Porchlight, “Neighborhoods in Aurora, CO — Delmar Parkway, Highline Villages and Centretech — are the hottest.” Denver is No. 1 on the Hottest Housing Markets as well.

Adam Buys Houses is a local investment property company founded by Adam Macias. We are in business to help our neighbors who are struggling with common obstacles. We are passionate about helping sellers in need and promise to make fair offers. There is no harm in calling us today to receive a free offer.
Click Here to Get Started

We Buy Houses Denver and What We Look For

Adam Buys Houses All Over Denver